With 26 Million Unemployed, Partially Opening Georgia Is A Good Start 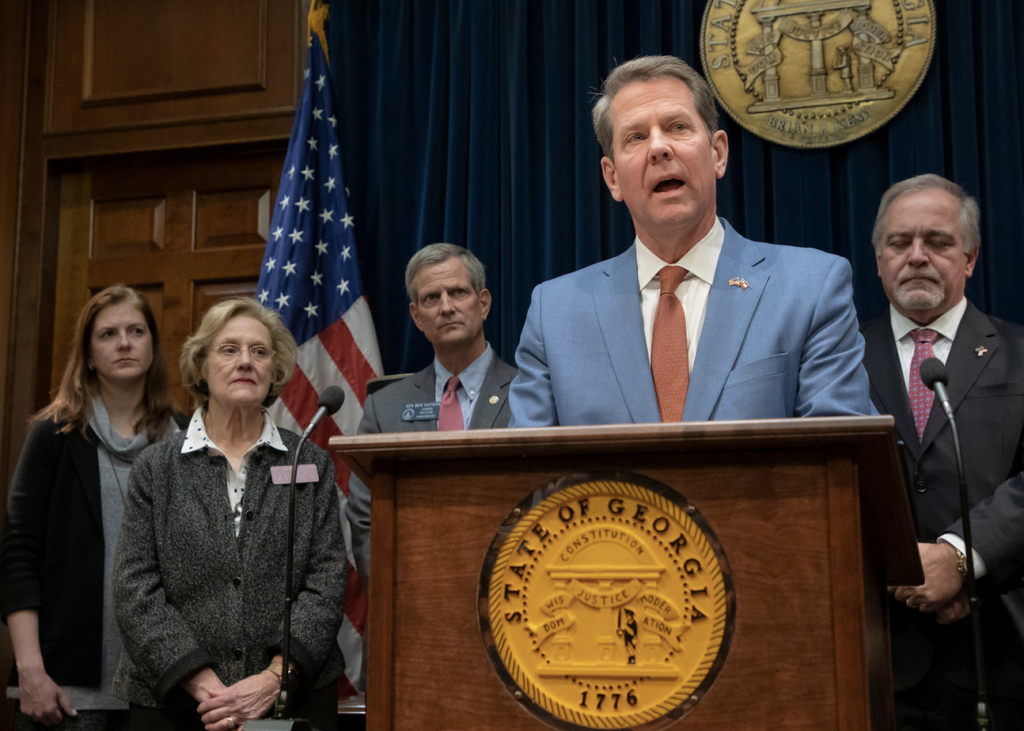 Undeterred by his critics, Georgia Gov. Brian Kemp is moving forward with the bold decision to begin to reopen his state’s businesses and launch our return to normal life.

According to an order Kemp promulgated Monday, nail salons, massage therapists, tattoo parlors, bowling alleys, gyms, and other businesses may reopen on Friday. In-person church services can reopen. On Monday, restaurants and movie theaters may reopen. Dentists’ and doctors’ offices and all other health care-related practices and services that have ceased to treat patients should begin treating patients as soon as practicable.

To be sure, this won’t be a reopening that goes back to the way things were – all businesses will be required to follow social distancing guidelines and implement measures to mitigate the exposure and spread of COVID-19 – but it is a start, and a well-timed one.

Why did Kemp make this decision now? In consulting the White House’s guidelines, Kemp’s public health advisors told him Georgia was ready. Georgia Public Health Commissioner Kathleen Toomey declared that across the state, fewer flu-like sicknesses were showing up in Georgia’s hospital emergency rooms. “We definitely have a plateauing and what appears to be a decline,” she said. That puts Georgia in line with the national guidelines for reopening President Trump issued last week.

As to why he’s reopening these particular types of businesses, Kemp explained on FOX News  Tuesday evening, “Well, those are the ones that are closed.” What some who don’t live in Georgia may not realize is that Kemp’s original shelter-in-place order was not a total lockdown. With the exception of the businesses in this week’s order, even so-called “non-essential” businesses (even though all businesses are essential to those who own them, work there, or use their services) were allowed to stay open for basic operations as long as they followed a list of 20 different requirements to mitigate the spread.

Contrary to what some critiques have said, Kemp is following Trump’s “Opening Up America Again” guidelines. The first gating criteria are based on basic criteria before moving into Phase One, which can be tailored for a regional or statewide approach:

Georgia meets the requirements for symptoms and cases. At his April 20, 2020 press conference, Kemp said, “According to the Georgia Department of Health, reports of cases of flu-like illness are declining and documented COVID-19 have flattened and appear to be declining, and we have seen declining emergency room visits in general.”

Georgia also meets the requirements for hospitals and testing. At his April 20 press conference, Kemp continued, “By expanding our hospital bed capacity, including the temporary facility at the Georgia World Congress Center, we have the ability to treat patients without crisis care in hospital settings. Our proactive actions have reduced stress and strain on our area hospitals, as well as the communities and families they serve.”

On Monday, Kemp announced a plan to double the testing capacity and meet the White House guidelines. Augusta University, the state’s only public academic medical center, in concert with the experts at the Medical College of Georgia, designed an app to help determine who needs testing. Through the app, physicians will be available 24 hours a day for screening symptoms, coordinating where to have the testing, and coordinating with  academic institutions across the state to have results in about 72 hours and have a physician contact a patient with results.

Among other criteria, the “Opening Up American Guidelines” for “Phase One” for employers encourage a continuation of teleworking, wherever feasible, and if possible a return to work in phases. “In phases” is noteworthy as this week Kemp began enacting a “phased” return to work.

Sheltering in place was required unless conducting or participating in essential services, performing necessary travel, engaging in the performance of minimum basic operations for a business, establishment, corporation non-profit or organization not classified as critical infrastructure, or as part of a workforce for critical infrastructure.

Those were the only businesses specifically mandated to close. Business owners could otherwise choose to continue “Basic Minimum Operations” while meeting the 20 requirements to slow the spread.

Those businesses will gradually be able to begin Basic Minimum Operations while meeting the 20 requirements to slow the spread. This is a step toward reopening. All businesses, with the exception of bars, may choose to open or may remain closed. If they open, they must meet the 20 requirements, and are only functioning with Basic Minimum Operations.

In Georgia,no other business categories are allowed to reopen because other “not Critical Infrastructure” businesses were already given the ability to remain open for basic minimum operations. Businesses in Georgia are still not going back to businesses as usual. This is a phased approach. The shelter-in-place mandate, which the White House guidelines allow to be lifted, continues to remain in effect in Georgia under the same conditions until April 30.

Kemp and Georgia’s public health officials will continue to monitor the data to determine if Georgians are able to take this first step toward reopening Georgia without creating a surge of COVID-19 cases. At that point, Kemp will make the next set of decisions.

Reopening Doesn’t Have to Be Partisan

There is no reason this split should be either partisan or ideological. Believing we can take steps to reopen the economy, or believing we should remain in full shutdown mode, should have nothing to do with one’s personal politics.

Yet for some reason, it seems that it does – according to the data in a NBC/Wall Street Journal poll released earlier this week, there is a huge partisan split on the issue, with 77 percent of Democrats saying they were concerned about reopening too quickly, while only 39 percent of Republicans share that fear. Meanwhile, only 19 percent of the Democrats surveyed in that poll said they were more worried about the economic impact of the shutdown, against 48 percent of Republicans who were.

Oddly for those who think there should be a partisan split on the question, Colorado Democratic Gov. Jared Polis is also taking significant steps to begin reopening his state’s economy, and taking flak for it.

For Kemp, the decision on when to reopen the economy has nothing to do with partisan politics. It was a decision based on a number of factors: the science, the economics, the hardships endured by communities whose residents have lost their jobs, the loss of civil liberties taken from a citizenry that opposes such orders, among other things.

Kemp doesn’t seem to mind what his opponents think about his reopening decision. In making the decision he did, he has chosen to rise above partisan politics, and do for his state what he thinks is best – the mark of a statesman, rather than a politician.