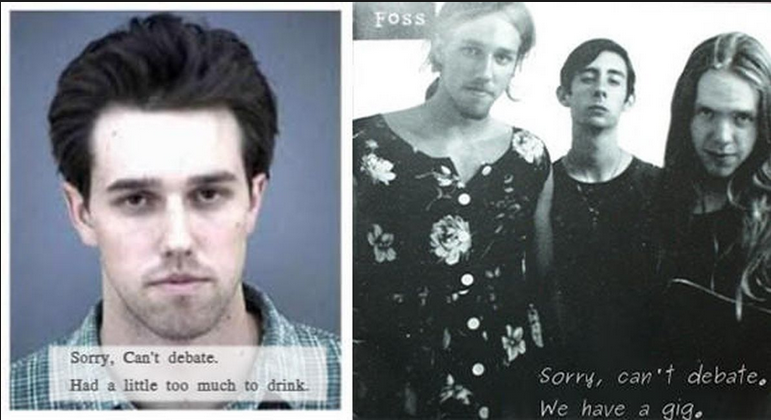 “I just hope nobody that’s the wrong person finds out about this.”

Transporting Aliens to “airports… bus stations,” “None of this is like sh*t there is a rulebook for”

(Austin) Project Veritas Action Fund has released undercover video from current Congressman and US Senate candidate Beto O’Rourke’s campaign. The video exposes how his campaign staff appear to be illegally using campaign resources to buy supplies and help transport Honduran aliens. This is the eighth undercover video report Project Veritas has released in a series revealing secrets and lies from political campaigns in 2018.

“Charity and helping your fellow man are things we applaud at Project Veritas Action.  The problem is, you can’t break the law when you do it.”

“Don’t ever repeat this”

Featured in this report are campaign staffers who work on Congressman O’Rourke’s US Senate campaign discussing how they use campaign resources to help Honduran aliens and transport them to airports and bus stations. Said Dominic Chacon and AnaPaula Themann, who work on O’Rourke’s campaign:

Chacon: “The Hondurans, yeah… I’m going to go get some food right now, like just some stuff to drop off…”

Themann: “How did they get through?”

Chacon: “Well I think they accepted them as like asylum-seekers… So, I’m going to get some groceries and some blankets…”

Themann: “Don’t ever repeat this and stuff but like if we just say that we’re buying food for a campaign event, like the Halloween events…”

Chacon: “That’s not a horrible idea, but I didn’t hear anything. Umm, we can wait until tomorrow for that.”

Themann: “Well that’s exactly the food we need. And I will just mark it as, I do have dozens of block walkers.”

A Project Veritas Action attorney reviewed the footage and assessed:

“The material Project Veritas Action Fund captured shows campaign workers covering up the true nature of spending of campaign funds and intentionally misreporting them. This violates the FEC’s rules against personal use and misreporting. It also violates Section 1001, making a false statement to the federal government. The FEC violations impose civil penalties, including fines of up to $10,000 or 200 percent of the funds involved. Violations of Section 1001 are criminal and include imprisonment of up to five years.”

Chacon and Themann also explain how they go about concealing their use of campaign funds for alien support purposes:

Themann: “There’s actually stores that just mark it as ‘food’ they don’t mark different types… at Albertsons, on the receipts, it marks it just based off of brand…”

Chacon: “I think we can use that with those [campaign pre-paid] cards to buy some food, all that s**t can be totally masked like, oh we just wanted a healthy breakfast!”

Themann says that she doesn’t “want to make it seem like all of us are from [the O’Rourke campaign]” when going to distribute supplies to the Honduran aliens. She adds, “I just hope nobody that’s the wrong person finds out about this.”

Chacon elaborates on the usage of pre-paid campaign cards, saying, “We’re going to use more of those cards to get them more supplies too. So it’s all going to work out. I’m done being nice. I’m done being professional. [Be]cause nothing is professional. None of this is like s**t there is a rule book for, you know?”

Later in the report, Chacon also reveals “there’s not really an approval process” regarding the usage of the pre-paid cards, and that “we can just go and get the food and we can come up with a BS excuse like as to why we needed to get this stuff.” He adds, “Under the table just sort of do it.”

“Nobody needs to know”

Chacon explains that Jody Casey, the campaign manager for the O’Rourke campaign, was happy to hear about their efforts supporting aliens with campaign funds:

Chacon: “She texted us afterward and was like, I’m so happy that we have a staff that gets it and was there, I was so happy to see y’all there, still working, still contributing, we have the best team ever… she was good about it.”

Chacon: “Well, she doesn’t know we used the pre-paid card, but she doesn’t need to know.”

Added Chacon, when discussing the possibility for using campaign vans to help the Honduran aliens, “we could probably get away with using the vans… Nobody needs to know.” Chacon also says, “For me, I can just ignore the rules and I’m like f**k it.”

Journalist: “It just made me really concerned, like, you know, because I know that we’re using some of the campaign resources to help with the migrants and like, I just didn’t want anybody to get in trouble with that…”

Journalist: “Like I didn’t want them to ask me any questions about people using resources…”

Andrea Reyes, who also works on the O’Rourke campaign, revealed that she has text messages showing she received approval for using the pre-paid cards:

Reyes: “The thing is yeah, as long as we’re not advertising it. I mean yeah, I don’t really know. They said it was fine sooo *throws hands up* I mean I don’t know, okay. I told you about it! I have the text messages to prove it, sooo…”

Journalist: “So you told Jody?”

Reyes: “Yeah. I told Jody and I told my director.”

When asked about using campaign vans to assist the Honduran aliens, Chacon reveals that they are going to transport the aliens to airports and bus stations:

Chacon: “… we’re going to give rides to some of the immigrants too. Like to the airport, to the bus station, like why not, you know?”

This is the eighth release in a series Project Veritas Action Fund began publishing in October 2018 exposing dishonesty and unethical conduct in elections across the country.

View the other investigative reports in this series: