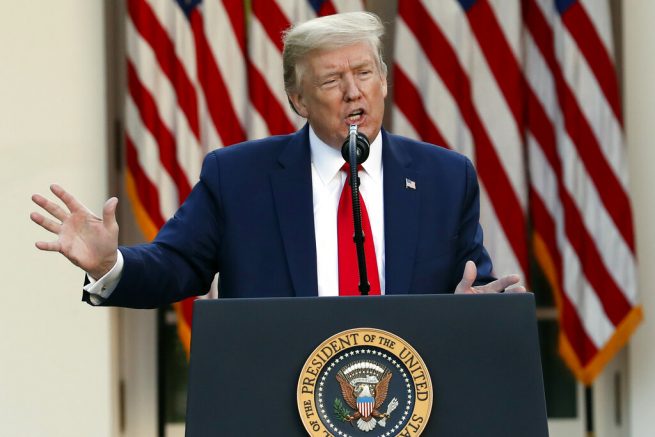 President Donald Trump speaks about the coronavirus in the Rose Garden of the White House, Monday, April 27, 2020, in Washington. (AP Photo/Alex Brandon)

President Trump said the U.S. has enough COVID-19 test kits to begin reopening the economy. While taking to Twitter Tuesday, he noted that the mainstream media “does nothing but complain” even though the U.S. is conducting more testing than any other country.

We are doing far more, and better, Testing than any other country in the world, and yet the media does nothing but complain. No matter how good a job is done, the same as with the Ventilators, they will never say we are doing a great job, they will only viciously gripe!

This came in response to consistent criticism from the media over the availability of testing and ventilators in the U.S. However, President Trump said the nation is so well-equipped with testing that other world leaders are even turning to us for help.

“Other countries are calling to find out what are we doing…and we’re helping them,” he stated. “We’re dealing with a lot of countries, helping them with testing just like we did on the ventilators.”

On Monday, the administration released a blueprint for the partnership between states, the federal government and the private sector to administer the tests. 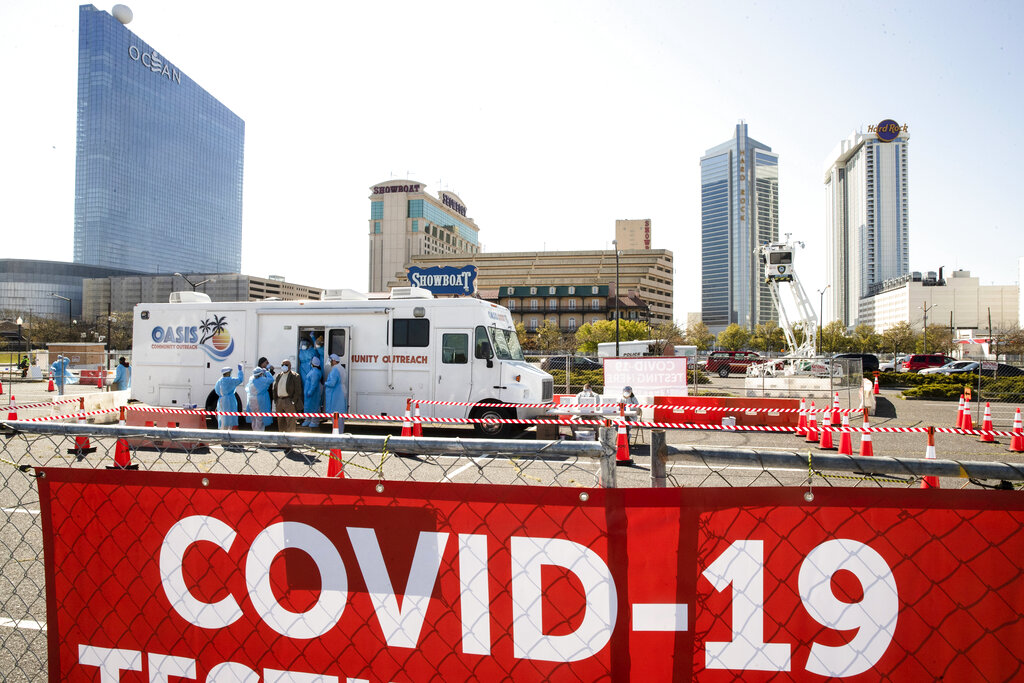 Medical workers prepare for the opening of a COVID-19 test location in a parking lot near the casinos in Atlantic City, Pa., Tuesday, April 28, 2020. (AP Photo/Matt Rourke)

Dr. Deborah Birx said this is key to stopping the spread of COVID-19 and other potential future viruses.

“The third element, which is the rapid response program, relying on CDC to be working with state and local governments to ensure that every symptomatic case and critically the asymptomatic cases are quickly tracked and traced,” she stated.

The federal government is reportedly expected to send enough tests for all 50 states to test 2 percent of their populations per month. States that have been hit especially hard by the virus could potentially test twice that rate.

With this increased capability, the White House said the U.S. will finally be able to begin repairing the economy after the dramatic impact from the coronavirus pandemic.