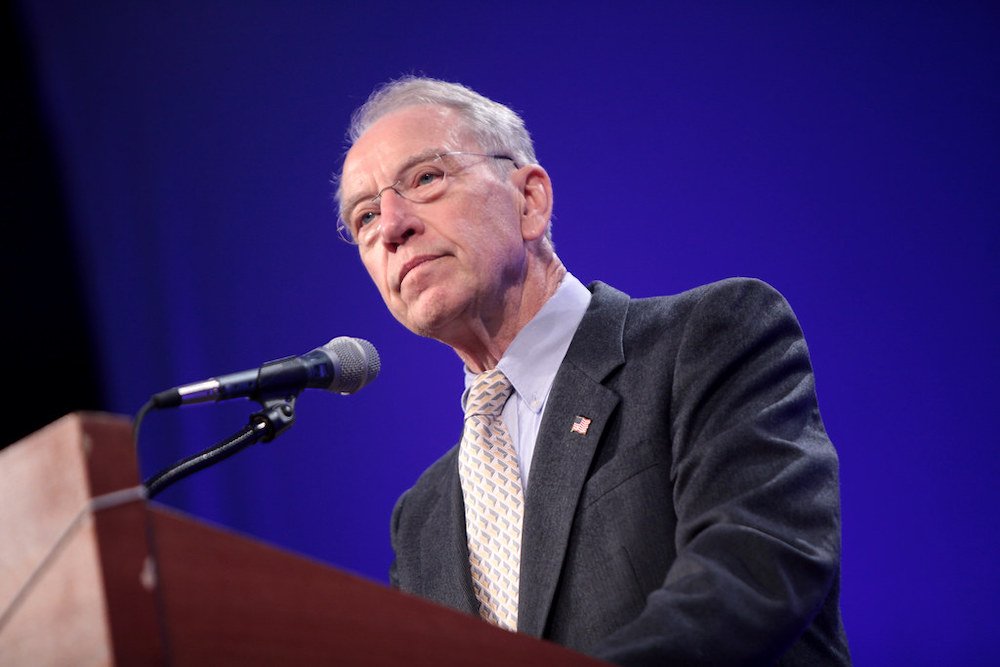 Sen. Chuck Grassley, R-Iowa, is calling on the Justice Department to release all exculpatory information related to the FBI’s handling of its case against Lt. Gen. Michael Flynn.

“Simply stated, after years of rampant speculation and publicly reported inconsistencies regarding how the FBI handled the case, it’s time for the public to know the full set off facts relating to Lt. Gen. Flynn, including any and all government misconduct,” Grassley wrote in a letter to DOJ Attorney General William Barr. “In the alternative, I request that you amend the protective order so that Congress can review the information in light of its constitutional oversight prerogatives.”

In February 2017, Grassley requested a copy of a call transcript between Flynn and the Russian ambassador. The FBI wrote a report summarizing the intercepted call, which Grassley requested for as well. Instead of receiving the records, Grassley was briefed by former FBI Director James Comey one month later. Comey told Grassley that FBI agents interviewed Flynn and “saw nothing that led them to believe [Flynn] was lying.”

Grassley surmised the DOJ would not prosecute Flynn for false statements.

In May 2018, Grassley requested documents, call transcripts, and any exculpatory evidence relating to the Flynn case from Deputy Attorney General Rod Rosenstein. Later in the month, the DOJ declined to turn over records to Grassley and admitted they had yet to provide all exculpatory evidence to Flynn.

In his letter to Barr, Grassley pointed out the oddities in Flynn’s case including the overt bias from FBI agent Peter Strzok.

“This is no ordinary criminal case. One of the agents who interviewed Lt. Gen. Flynn, Peter Strzok, was later removed from the Russia investigation after his texts demonstrating animus and bias toward the President were discovered.”

In tandem with the Strzok oddity, former FBI Direct Andrew McCabe, who supervised Flynn, was fired for leaking to the Wall Street Journal and pending a sexual discrimination case.

“Further, the Flynn case was at the center of a political firestorm over the President’s alleged statements about it to Director Comey,” Grassley wrote.

According to Grassley’s letter, Flynn told both the White House Counsel and the Chief of Staff at least twice that FBI agents said he would not be charged.

“The FBI’s conduct is ripe for congressional oversight,” Grassley concluded.

Grassley’s letter comes as new facts in Flynn’s case call into question whether his plea was voluntary.

“The criminal case against Michael Flynn imploded Friday,” wrote Margot Cleveland at The Federliast. “First, the U.S. attorney for the District of Columbia provided Flynn’s legal team with documents discovered by an outside review of the Flynn prosecution — documents withheld for years. Then, Sidney Powell, the attorney who took over Flynn’s defense nearly a year ago, filed new documents in the case, revealing a secret “lawyers’ understanding” not to prosecute Flynn’s son if the retired lieutenant general pleaded guilty.”

Cleveland concluded the case against Flynn, run by special counsel Robert Mueller, is about to implode. As new details arise, the Judiciary Committee has a right and obligation to oversee the details of Flynn’s case.