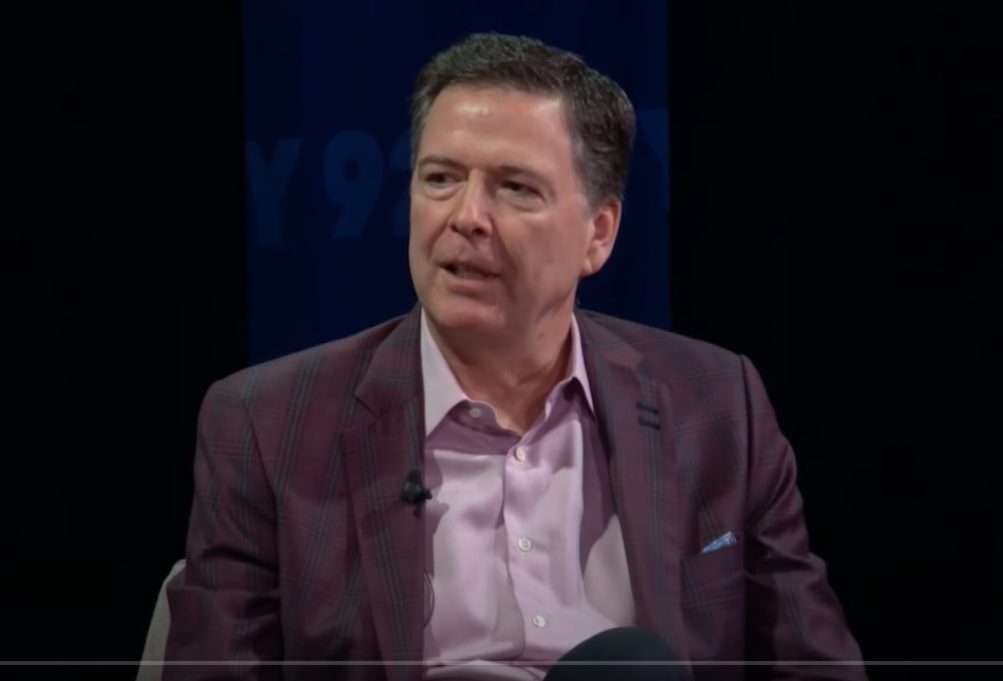 “You look at this White House now and it’s hard to imagine two FBI agents ending up in the Sit room, how did that happen?” Wallace asked.

Comey pointed at previous administrations under Presidents Barack Obama and George W. Bush where the FBI director would have gone through a series of protocols before interrogating senior staff.

“In both of those administrations there was process, so if the FBI wanted to send agents into the White House itself to interview a senior official, you would work through the White House counsel, and there would be discussions and approvals of who would be there and I thought it’s early enough, let’s just send a couple guys over,” Comey said. “And so we placed a call to Flynn and said ‘Hey, we’re sending a couple guys over, hope you’ll talk to them.’ He said ‘sure.’ Nobody else was there, they interviewed him in a conference room at the White House situation room and he lied to them.”

Wallace followed up, asking Comey what he though Flynn thought the conversation was going to be about.

Comey’s comments come on the heels of new Federalist reporting from co-founder Sean Davis that FBI documents reveal that the federal law enforcement agency’s goal was to get Flynn fired.

Handwritten notes from the FBI obtained by The Federalist reveal that the agents investigating Flynn under Comey’s direction sought “to get him to lie so we can prosecute him or get him fired.”

As Comey admitted, Flynn was questioned by federal prosecutors in 2017 without being told what he was being interrogated for and without an attorney present about conversations with Russian Ambassador Sergey Kislyak.

Last fall, a former Comey assistant published a book accusing the FBI chief of abusing his power to flout protocols in order to create a perjury trap for the White House security advisor.

“We just decided, you know, screw it,” Comey said according to Josh Campbell.

While the individual identity of the FBI notetaker in unclear, they wrote that agents were alternatively seeking to indict Flynn on charges for violating the Logan Act, a 1799 law prohibiting private citizens from speaking with foreign diplomats widely viewed as unconstitutional.

“It’s clear now that James Comey will go down in history as the most corrupt FBI director in American history,” Davis said on Fox News joining Laura Ingraham on Wednesday. “He has destroyed the FBI’s reputation through his actions, his arrogance, and his corruption.”