National Guard called to nearly a dozen states for protests

National Guard called to nearly a dozen states for protests 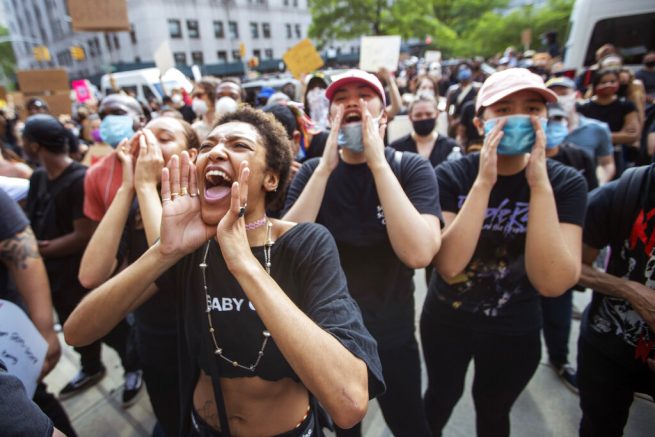 FILE – Protesters demonstrate against the the death of George Floyd, a black man who was in police custody in Minneapolis, Friday, May 29, 2020, in New York. (AP Photo/Mary Altaffer)

Protests gripped the nation this weekend. More than 1,600 people have been arrested across 22 cities since Thursday.

In Indianapolis, multiple shootings erupted across the city in connection with the riots. Three people were shot and one was killed.

(Clip cut to hide faces) NYPD w riot gear break through barriers set up by protesters at Fort Greene Park. Bottles fly and the vehicle nearby was set on fire again. Crowd dispersed shortly after as cops chased some people into the park and down nearby streets#BlackLivesMatter pic.twitter.com/NjB9xJf5iq

Retailer Target has also moved to close 175 of its locations across various states in response to looting. In a statement Friday, CEO Brian Cornell announced “we are a community in pain,” but Target is still committed to helping.

He added “truckloads” of medical supplies and other essential items are being sent to ensure “no one within the areas of the heaviest damage” is cut off. Cornell also reaffirmed the employees of the store in Minneapolis, along with all “displaced employees,” will keep their full pay and benefits as the store works to rebuild. 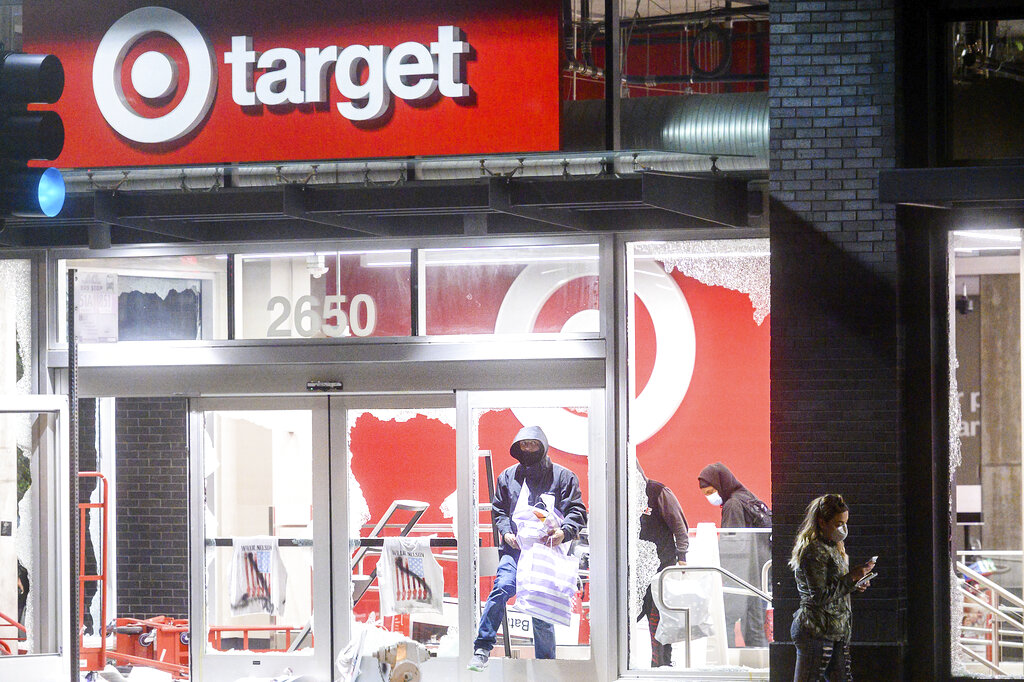 People leave a vandalized Target store in Oakland, Calif., on Saturday, May 30, 2020, during protests against the death of George Floyd. (AP Photo/Noah Berger)

In the meantime, the National Guard has been deployed to nearly a dozen states as city and state officials continue calling in assistance against protesters.

Late Saturday, Los Angeles Mayor Eric Garcetti became the most recent official to call for back up. The city has since been approved to receive 500 to 700 guardsmen.

The California National Guard is being deployed to Los Angeles overnight to support our local response to maintain peace and safety on the streets of our city.

Several other states, including Washington, Ohio and Georgia, have also called in the guard. In Minneapolis, officials confirmed they have nearly 4,000 troops.

The National Guard ain’t playing games in Minneapolis this is Glorious… When an officer tells you to do something, do it! pic.twitter.com/obGfMLQY1a

However, controversy has since erupted around the extra security. Protesters have claimed the guard will only increase tensions nationwide.

President Trump has thanked the National Guard for their quick work in shutting things down in Minnesota.

Congratulations to our National Guard for the great job they did immediately upon arriving in Minneapolis, Minnesota, last night. The ANTIFA led anarchists, among others, were shut down quickly. Should have been done by Mayor on first night and there would have been no trouble! 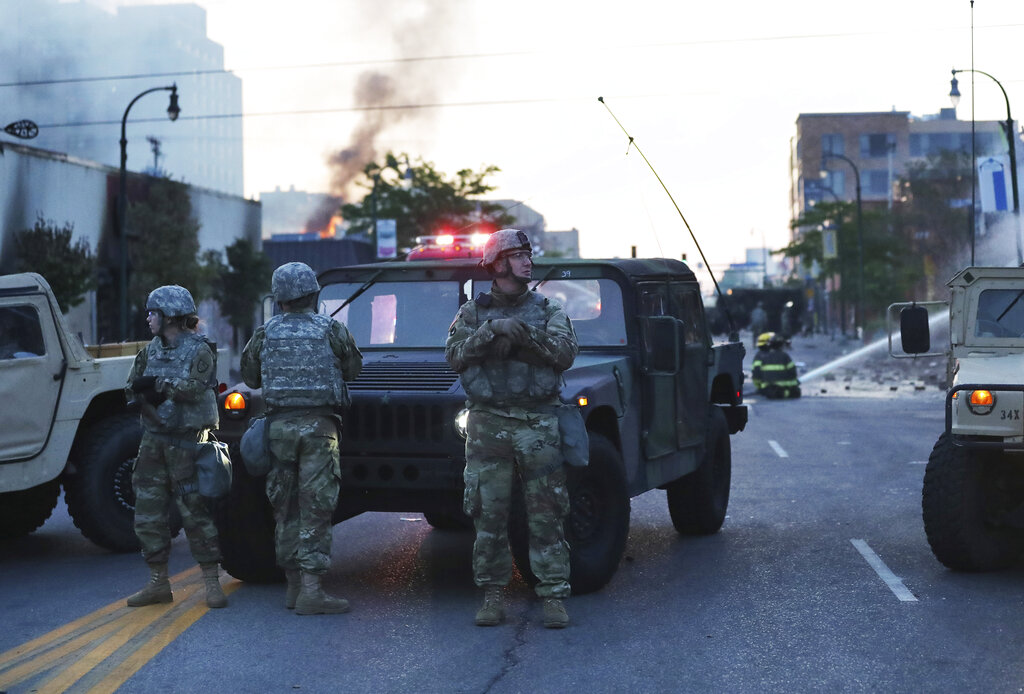 Meanwhile, GOP officials have taken aim at Minnesota leaders. They criticized these officials for their handling of the Minneapolis protests, which were sparked by the death of George Floyd.

On Saturday, President Trump stated he would send in federal troops if Minnesota Governor Tim Walz and Minneapolis Mayor Jacob Frey did not deescalate the demonstrations.

Minnesota Republican Party Chairwoman Jennifer Carnahan also blasted Walz and Frey in a tweet Friday, calling them “international disgraces.” She called for their immediate resignation and said they failed George Floyd, as well as police and local communities in the state.

Carnahan believes the officials’ indecision led to the protests. She claimed they let Minneapolis burn for four straight nights. 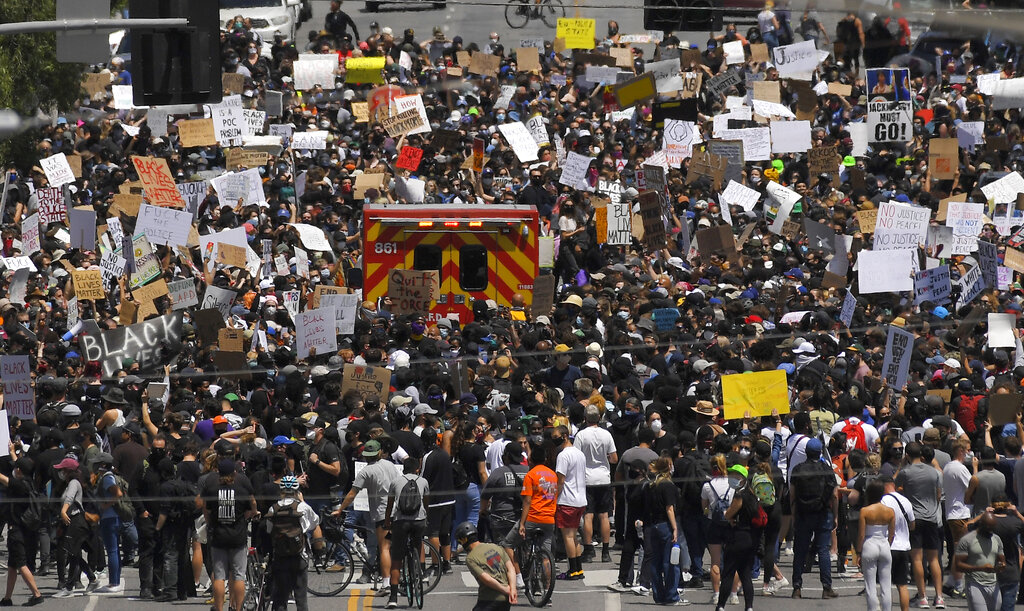 Demonstrators block the street as a Los Angeles Fire Department ambulance tries to get through during a protest over the death of George Floyd, Saturday, May 30, 2020, in Los Angeles. (AP Photo/Mark J. Terrill)

Her views were echoed by President Trump, who urged the leaders to take a tougher stance on protesters.

Frey has responded to the criticism by saying the people of Minneapolis are strong and they will get through this difficult time. 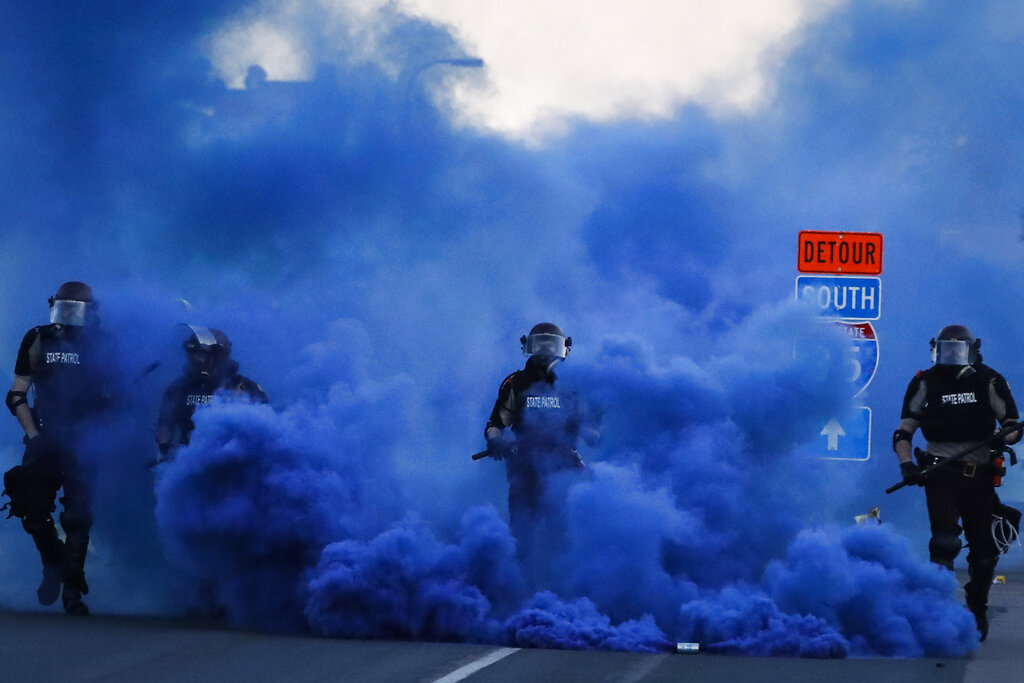 Police in riot gear walk through a cloud of blue smoke as they advance on protesters near the Minneapolis 5th Precinct, Saturday, May 30, 2020, in Minneapolis. (AP Photo/John Minchillo)

RELATED: Lawmakers Calling For Peace After Days Of Protests