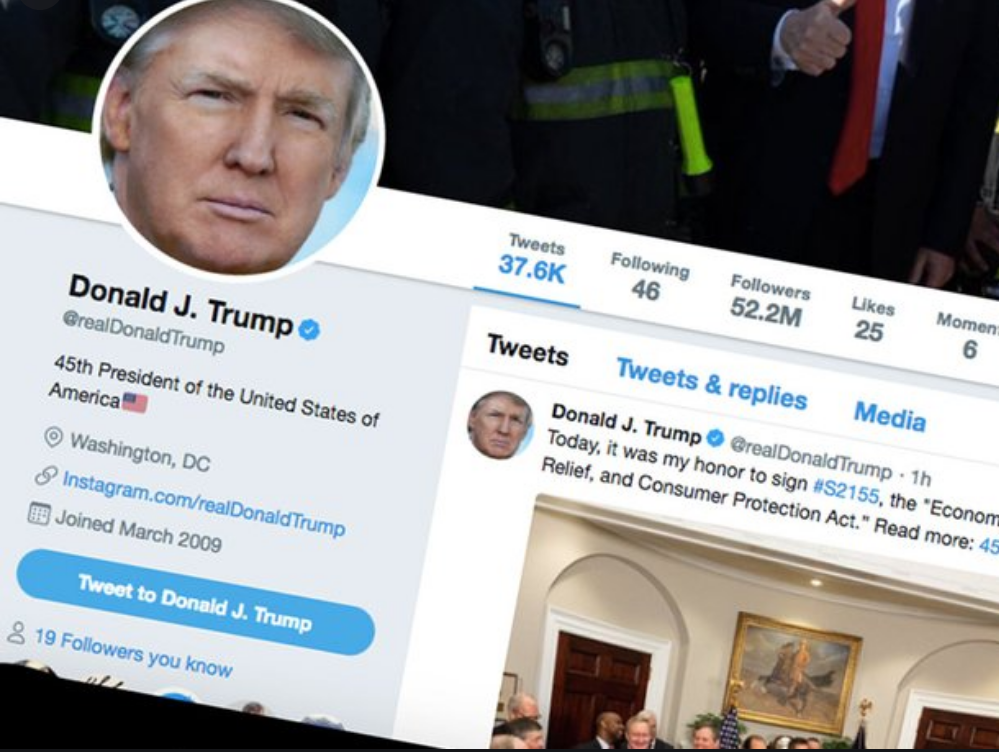 “There will never be an ‘Autonomous Zone’ in Washington, D.C., as long as I’m your President. If they try they will be met with serious force!” Trump tweeted after demonstrators vandalized St. John’s Episcopal Church and attempted to pull down a statue of former President Andrew Jackson in Lafayette Square Monday night.

It is unclear how a public official’s support for enforcing the rule of law against a violent mob that broke federal laws Monday night violates the social media giant’s “abusive behavior” policy, which states: “You may not engage in the targeted harassment of someone, or incite other people to do so.” Reports from Monday claim violent protesters brought hammers, chisels, and muriatic acid to deface and remove the Jackson statue, which is a federal crime since the sculpture is on national park property.

US Park Police says approximately 300 protestors took sections of the temporary chain-link fence surrounding the Andrew Jackson statue Monday. They “attacked” it with “hammers, chisels, and muriatic acid while putting chains and ropes around it.” @WTOP @usparkpolicepio 1/3

This is not the first time Twitter has flagged a tweet from the president about violent protesters and people who are actually engaging in public displays of “abusive behavior.” In May, Twitter labeled one of Trump’s tweets condemning the explosive rioting and destruction in Minneapolis in the middle of a pandemic as “glorifying violence.”