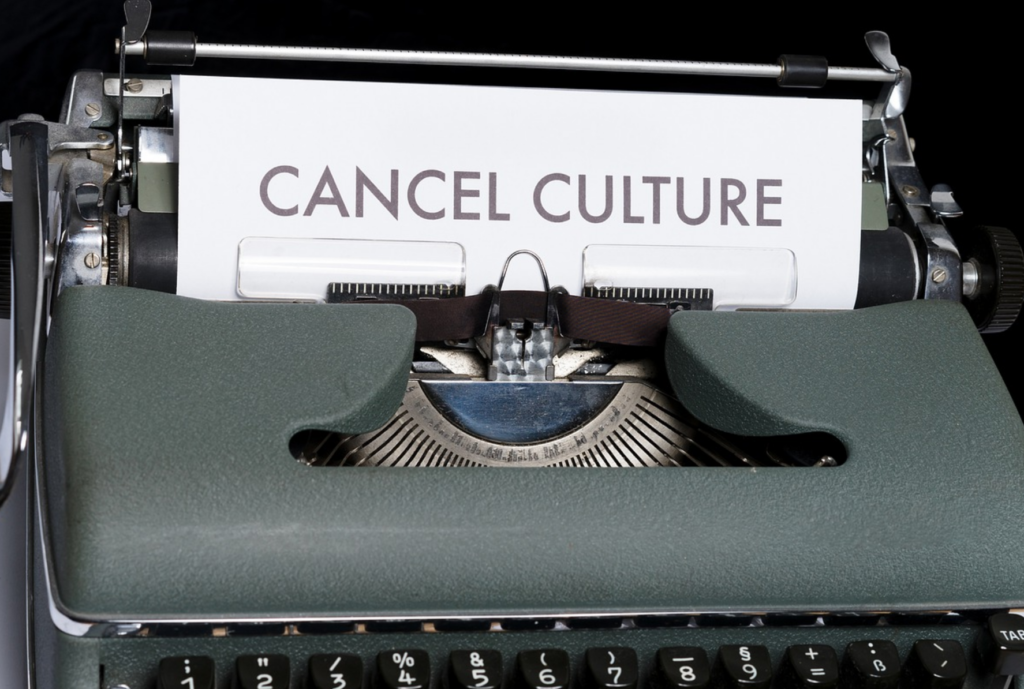 The organizers of the recent Harper’s Magazine letter against cancel culture didn’t ask me to participate in their project, despite the fact that my Uncle, T. Gore Pollack III, was that magazine’s founding editor. They neglected to include me because they’re afraid of my ideas. Also, I’ve either divorced, broken up with, or participated in a conscious friendship uncoupling with at least a dozen of the signatories. Such is the price of profligacy and greatness.

The Internet has met certain recent ideas of mine, such as the fact that Black men are actually white women, The Virus Is From Space, and Tom Brady is a TERF denier, with a fury usually reserved for people who are less handsome than I am. Emily Wallace-Wells, a staff writer from Voxios, released a three-paragraph statement that said my words decrying the desecration of the Dr. Seuss sculpture garden in Springfield, Massachusetts, made her feel “unsafe”, despite the fact that I’ve never met her and also the fact that she doesn’t actually exist. These are the sorts of nightmares that cancel culture has created.

In my 80-year career as The Greatest Living American Writer, I’ve covered up the Ukrainian famine, the Chinese Cultural Revolution, the Argentinian desaparecidos, and the secret plot to destroy Major League Baseball by making it boring. So I know something about restriction of speech. We must, as a body politic that thinks about bodies and politics, not lose our collective nerve to say what we think, no matter how uncomfortable it makes other people from whom we are socially distancing at the grocery store.

The free exchange of information, ideas, and money, the lifeblood of a liberal society, are daily becoming more constricted by both liberalism and by society. While we have come to expect this from the evil radical right, which proposes pernicious ideas like racism and flags, censoriousness is also spreading more widely in our liberal culture, at least among people who know how to read. This, to put it bluntly, sucks donkey turds.

Intolerance of dissent and public shaming have come into vogue, even as voguing itself has fallen out of vogue in favor of more subtle and complex forms of self-expression. We must not allow ourselves to ostracize the ostracizers, lest we become like Ostra the Grouch. Let us not bind dissolving issues in complex moral certainties, whatever the hell that means.

We uphold the value of robust and even caustic counter-speech from all quarters, dimes and nickels. Also, we uphold the value of a robust sandwich as long as it does not contain mayonnaise. Angry jerks must not face retribution just because they’re saying something you don’t like. But it is now all too common to hear calls for swift and severe retribution in response to perceived transgressions of speech and thought, especially when those transgressions come from David Brooks, who, let’s face it, deserves everything that’s coming his way. I’m watching you, Brooks. I know where you live, even though I don’t.

Along with my co-signatories to this letter, Dr. Drew, Dr. Oz, Dr. Dre, Dr. Quinn Medicine Woman, Jessica Alba, Camille Paglia, Fabio, Joe Rogan, Paris Hilton, Jonathan Lethem, Gritty, and my beleaguered manservant, Roger, I stand firmly in the corner of free speech against cancel culture, unless that speech puts my book advances, or speaking fees at risk. In that case, I’m willing to negotiate.

In sum, please don’t be mad at me. I’ll do anything to avoid going to the re-education camps. It’s cold there. For everything I’ve said, thought, or will say or think in the future, I’m so, so sorry.

Neal Pollack, The Greatest Living American Writer, is the author of many semi-bestselling books of fiction and nonfiction. He also cohosts the podcast Extra Credit on Audible.com with his teenage son Elijah. He lives in Austin, Texas, with his family.