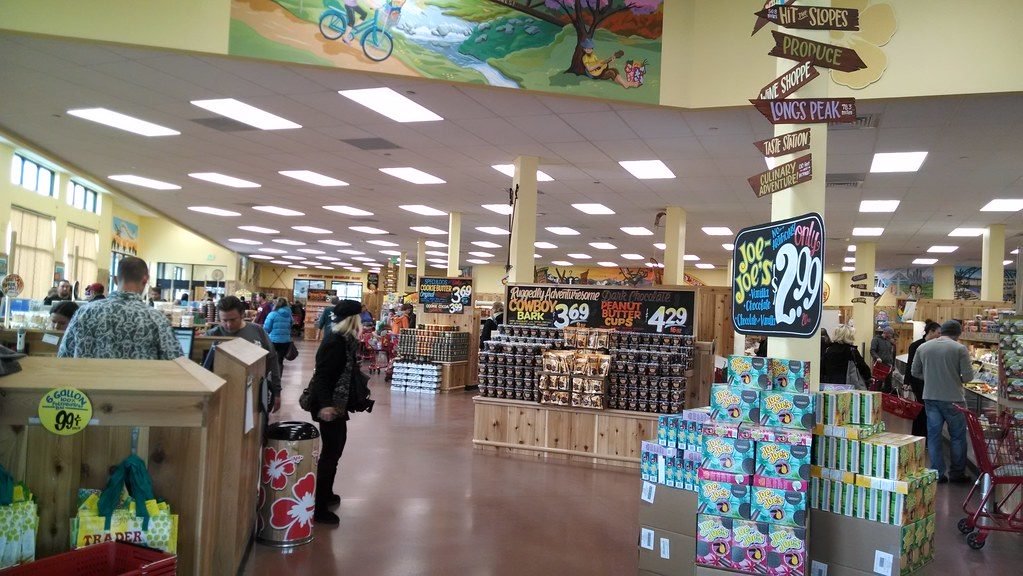 This weekends phony outrage at Trader Joe’s proves how outlets like the New York Times use ‘public pressure’ to make companies and politicians do what they want.

The petition cites as evidence the stores product names, which include ‘Trader Giotto,’ ‘Trader Ming,’ and ‘Trader Joe San’ for Italian, Chinese, and Japanese foods, respectively. It demanded an immediate end to all such jokes in their branding.

As might be expected, the petition did not take off. After two weeks up, the complaint had mustered less than a third of its 5,000-signature goal. For anyone familiar with the easy-to-spread design of Change.org, which collects more than 600,000,000 signatures a year, this is hardly a success story of online activism.

Nonetheless, The New York Times decided on Sunday that this petition was front page news.

“Petition Urges Trader Joe’s to Get Rid of ‘Racist Branding’” was sent out to the outlet’s 5 million subscribers, delivering instant legitimacy and coverage to what had been for weeks a niche, unsuccessful activist cause. The “news” story opened with “Trader Joe’s is being urged to follow the example of other national food companies and rebrand products that critics say perpetuate racial stereotypes.”

The story was then swiftly written up by numerous outlets, including CNN with its 200 million unique monthly visitors. Unsurprisingly, upon being called racist by some of the most powerful media outlets in the country, Trader Joe’s panicked. It apologized and claimed it will remove the “light-hearted attempt at inclusiveness.”

Comical as a moral panic over Trader Giotto may be, the incident serves as an excellent case study for a new form of journalistic malpractice.

Since nationwide unrest began, online petitions have been a valuable tool for activists — and journalists trying to drive far-left narratives into the mainstream. By writing about petitions, journalists can claim to be simply reporting on a widespread groundswell of outrage, even when their position is only held by a tiny fraction of people, concentrated in Twitter activist circles.

It takes little to no effort to sign an online petition, and with one or two blue check marks supporting it a Change.org page for just about anything can get at least 1,000 Twitter users on board. A petition from around the same time as the Trader Joe’s one named “A petition to Ms. McLernon to watch Star Wars The Revenge of the Sith instead of Romeo and Juliet in English Class” has about 10 times as many signatures, at around 26,000.

This isn’t to say a petition can’t have real grassroots force behind it. A call for justice for Breonna Taylor with 10,000,000 signatures is a clear sign there is widespread attention and anger about the issue. But its easy to seize upon relatively small petitions as a way to claim yourself as the mouthpiece of an imagined larger “outage.”

And by telling tens of millions of readers they ought to be outraged, the journalist can actually create anger. Even when this doesn’t work, as seen by the Trader Joe’s petition, they still get the change they wanted anyways. It doesn’t need to be explained that for a company with primarily hippie audience, it’s not a good look for the New York Times to call them racist in the news section.

So when you see journalists write up an article claiming “Ford Pressured to Stop Selling Police cars” because of a petition with a tenth of the signatures as a call for more updates to “EA Battlefront 2,” see it for what it is. Likewise, when you see articles covering outrage about splash mountain with half the support of anger at Ms. McLernon, kicking police officers out of schools with just 2,000 signatures, and of course, claims that Trader Joe’s is imperialist with 1,500, recognize the outrage was manufactured. The vast majority of Americans could not care less about a grocer selling Chinese food labelled with ‘Trader Ming.”

These articles say a lot more about confirmation bias than they do about popular opinion. With the media turning farther and farther from objectivity, it pays to be aware of how outlets show a hard-left bias. Don’t be fooled.

Jonah Gottschalk is an intern at the Federalist. He studies Modern History and International Relations at the University of St Andrews.