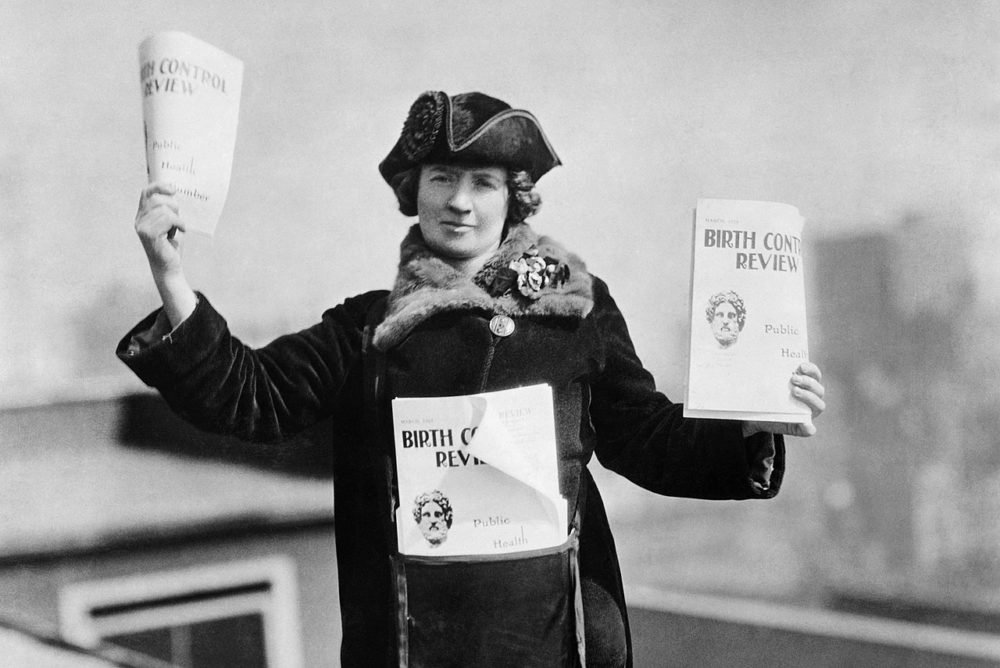 After standing by their founder for decades despite her explicitly racist beliefs, Planned Parenthood of Greater New York announced Tuesday it would be removing Margaret Sanger’s name from its Manhattan clinic. Like many of the gross Progressive Era policies that still linger today, the eugenics movement championed by Sanger is too often ignored, hidden, and defended.

Planned Parenthood’s decision to “disavow” Sanger, as the New York Times claims, rings hollow. Removing her name from a building does not mean it plans to stop the work she started inside. On her abhorrent views of minorities, Sanger wrote, “We do not want word to go out that we want to exterminate the Negro population.” Yet she was the creator of an initiative called the “Negro Project,” which sought to limit, if not eliminate, black births. Planned Parenthood continues her work today with 70 percent of its clinics located in minority neighborhoods.

A Planned Parenthood spokeswoman issued a statement on how the abortion giant is reckoning with its history and “working to address historical inequities to better serve patients and our mission.” As recent as 2014, Planned Parenthood was handing out the “PPFA Margaret Sanger Award,” which the abortion giant has called its “highest honor.” The recipient that year was U.S. Secretary of State Hillary Rodham Clinton, who has praised Sanger on more than one occasion, saying, “I admire Margaret Sanger enormously … her courage, her tenacity, her vision. When I think about what [Sanger] did all those years ago in Brooklyn, I am really in awe of her.”

But Planned Parenthood is not alone in whitewashing Sanger’s legacy and the prominent American eugenics movement that occurred roughly from the late 19th century through early 1930s. Abortion advocates deny there is a link between abortion and the eugenics of the progressive movement, but documented history makes that hard to believe.

A new study published in the most recent issue of The Independent Review by Thomas F. Cargill examines U.S. history high school textbooks and their shortcomings on the topic of progressives who advocated for coercive sterilization, abortion, and segregation of marginalized groups, all in the name of  “the betterment of society.”

“On the surface,” Cargill writes, the American Birth Control League “appeared focused primarily on birth control but in reality [was] closely aligned with the broader eugenics movement.”

Cargill discovered that textbooks are not just selectively omitting information about America’s era of eugenics, but glossing over Sanger as a birth control hero and nothing more.

Margaret Sanger is referenced in six of the nine books and presented as a progressive reformer and advocate of women’s reproductive rights. None of the six textbooks mentions, however, that she was a leading advocate of eugenics or of the racist perspective frequently found in the Birth Control Review.

Cargill writes that students are being given an incomplete and misleading view of U.S. history, and are denied the lesson of the power of an idea to influence human history. “The road from Malthus to Auschwitz had many architects, and unfortunately the United States was a major one. This inconvenient truth is denied to high school students,” he writes.

As the United States undergoes a thorough re-examination of our history and the beliefs of notable Americans, modern-day progressives demand we hold our ancestors to the moral standards of today. Will they do the same for their own progressive heroes?

For decades, Sanger has been lauded as a “feminist icon and reproductive-rights pioneer,” the Times writes. Her legacy is not just honored by the abortion institution she planted, but as evidence shows, by our high school history teachers. Even as recent as 2016, Planned Parenthood released a fact sheet distancing itself from some of her beliefs, but ultimately defending her “visionary accomplishments.”

While other American heroes are defaced, destroyed, disregarded for their historic accomplishments, and re-evaluated for the beliefs of their era, the only repercussion for progressive champions like Sanger is to have one chapter of Planned Parenthood remove her name from its building. Will the work she started of killing the black family ever come to an end? Will the truth about eugenics in America be taught in schools? There is more “reckoning” to do.