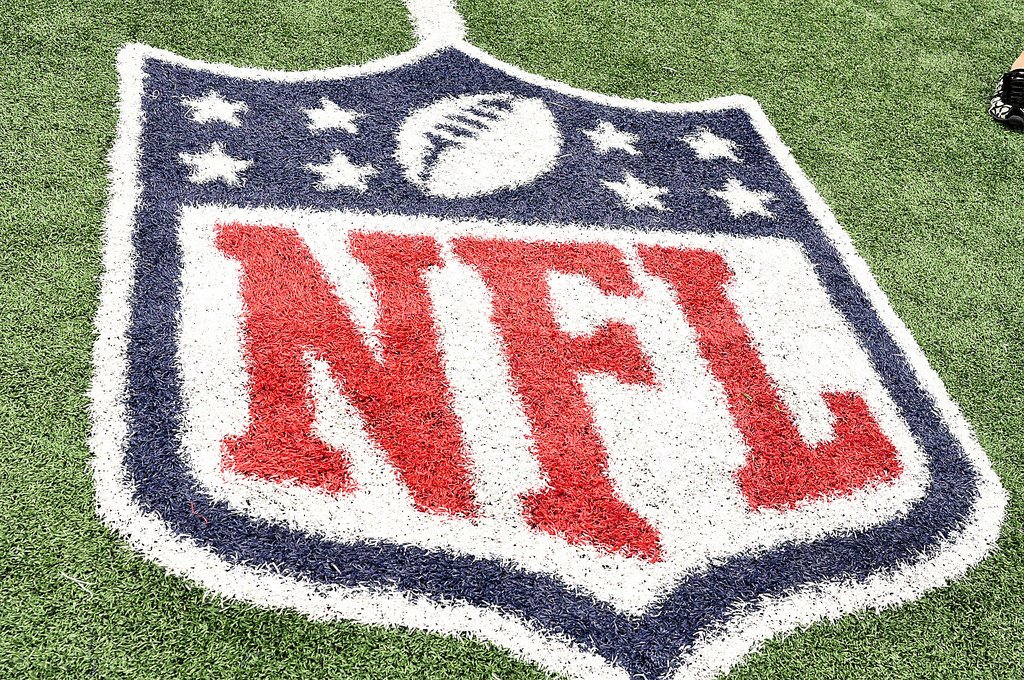 The NFL will display the slogans “End Racism” and “It Takes All of Us” in all teams’ end zones during their opening games this season. Despite previous rules against decorations on helmets, the league will also now allow players to display the names or initials of “victims of racism.”

The NFL informed clubs today of plans to amplify its social justice initiatives, including helmet decals and signage in end zones for kickoff games and club home openers. pic.twitter.com/p4lt27tmEY

The announcement comes as the NFL continues to promote itself as a platform for “social justice initiatives” such as playing “Lift Every Voice and Sing,” a spiritual sometimes called the black national anthem, at every first game of the season. The league also continues to promote its “Inspire Change” campaign designed to “support programs and initiatives that reduce barriers to opportunity” in “education and economic advancement, police and community relations, and criminal justice reform.”

“As we continue to amplify and elevate the NFL’s ongoing and long-term commitment to social justice, we will be incorporating several prominent elements on the field, into all broadcasts and across league and club platforms to begin the NFL season and beyond,” read the memo. “In developing these concepts, we have worked directly with players and received input from the NFLPA.”

Commissioner Roger Goodell previously expressed his desire for the NFL to “improve and go forward for a better and more united NFL family” in June.

We, the NFL, condemn racism and the systematic oppression of Black People. We, the NFL, admit we were wrong for not listening to NFL players earlier and encourage all to speak out and peacefully protest. We, the NFL, believe Black Lives Matter. #InspireChange pic.twitter.com/ENWQP8A0sv

The NFL joins the ranks of professional sports leagues caving to mob pressure and promoting far-left political campaigns. Just last month, the NBA announced its decision to paint “Black Lives Matter” on the sidelines of its courts “in all three arenas the league will use at the Walt Disney World Resort.” Black Lives Matter as an organization is openly linked with anti-American, Marxist ideology and organizations and has openly declared its desire to destroy the idea of family as well as ruining local police.

Jordan Davidson is an intern for The Federalist and a recent graduate of Baylor University where she majored in political science and minored in journalism.