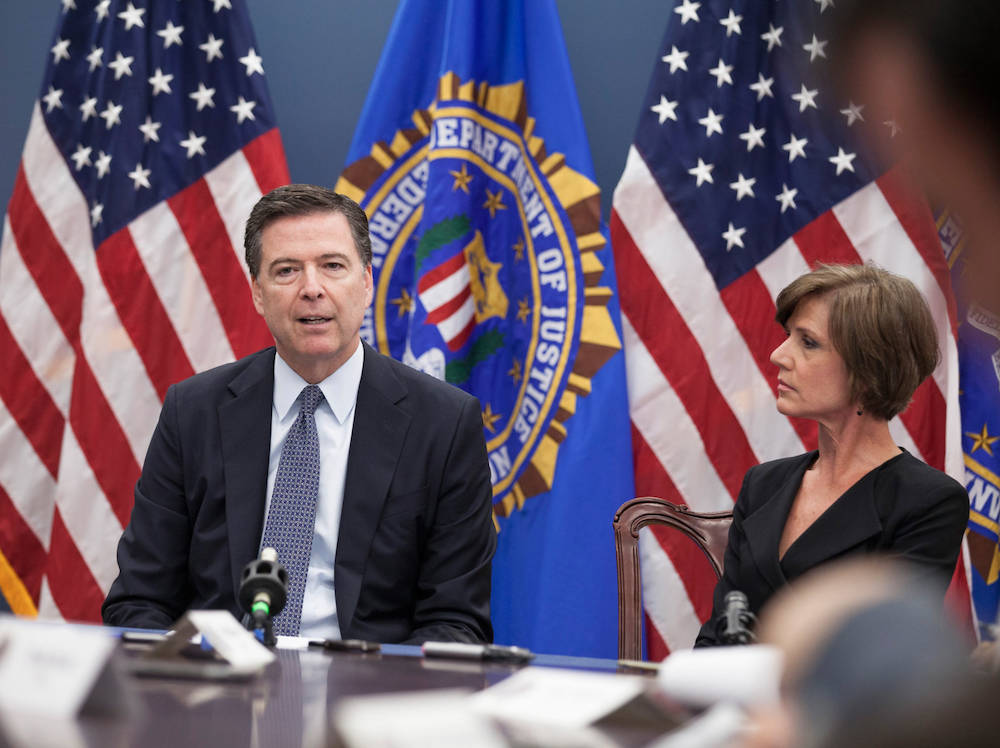 After Yates defended the legitimacy of the Flynn investigation by the FBI, which is now publicly known as nothing more than a brazen attempt to oust Flynn, committee Chairman Lindsey Graham, R-S.C., asked Yates point-blank whether Comey ultimately went “rogue.”

“You could use that term, yes,” Yates said.

Yates affirmed, however, that she believed the deep-state investigation into Flynn was necessary, fearing the Russians had compromised the president’s national security adviser.

“We do not want anybody in the U.S. government to be compromised by a foreign adversary,” Yates said from Atlanta in the video-conferenced hearing. “My great concern was the Russians knew that Gen. Flynn had not only engaged in these back-channel discussions, but that he was misleading and lying about it to the vice president and others.”

Yates made the same claims in 2017, that Flynn was a Russian asset subverting American interests. New material since-unearthed from the Crossfire Hurricane investigation, the FBI’s operation to launch a deep-state coup by tying the Trump campaign to the Kremlin, proves the primary motive behind the FBI’s questioning of Flynn was to get him to make false statements to federal agents for the sole purpose of prosecuting him.

By unilaterally directing agents over to the White House to question the administration’s principal security adviser, Comey also violated FBI policy and then bragged about doing it on a 2018 book tour.

“I sent them,” Comey told NBC’s Nicolle Wallace at a 92nd Street Y conference, claiming it was “something I probably wouldn’t have done or even gotten away with in a more organized investigation, a more organized administration.”

Comey explained that in previous administrations, such as in the Obama and Bush administrations, FBI protocol dictated that the director proceed through a series of channels before interrogating senior White House staff.

“In both of those administrations there was a process, so if the FBI wanted to send agents into the White House itself to interview a senior official, you would work through the White House counsel, and there would be discussions and approvals of who would be there, and I thought it’s early enough, let’s just send a couple guys over,” Comey said. “And so we placed a call to Flynn and said, ‘Hey, we’re sending a couple guys over, hope you’ll talk to them.’ He said, ‘sure.’ Nobody else was there, they interviewed him in a conference room at the White House situation room, and he lied to them.”

When asked whether they told Flynn what the questioning was going to be about, Comey said, “We didn’t tell him.”